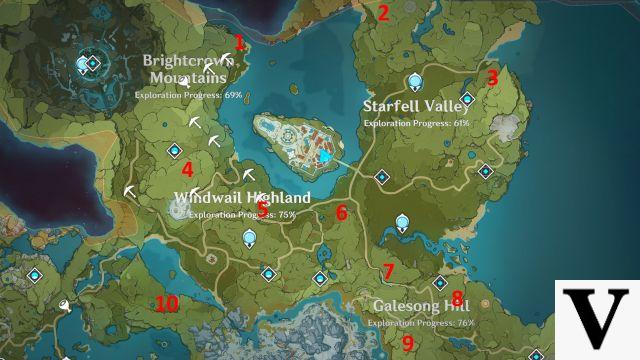 'Capable of breaking the seals of the ancient shrines scattered throughout Mondstadt.
The altar of an ancient deity stands imposing, despite the destruction of its civilization. Keys, which can be found in Domains, can break your seal. Perhaps a breath from the past can make the deity on the altar forget her afflictions. »

10 Mondstadt Shrine Keys can be obtained, allowing the player to open all Mondstadt shrines.