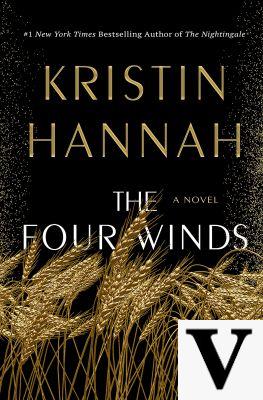 Each filtering bag Four winds They are four entities to which Archon Anemo, Barbatos, entrusted the safety and security of Mondstadt before disappearing 1 years ago.

The Four Winds were not officially established until Vennessa, founder of the Knights of Favonius, ascended to Celestia and became the Falcon of the West. She previously carried the title of Lion of the South until she ascended, and began the tradition of going from knight to knight. However, the other two of the Four Winds had been protecting Mondstadt alongside Barbatos for thousands of years prior to this.

Andrius, who was once the god of blizzards and the King of the North Wind, lived in Mondstadt long before the present city of Mondstadt was established. During the Archon War, Andrius filled the land of Mondstadt with endless winter as he fought Decarabian, the ancient Archon Anemo, and the God of Storms. After the rebellion that killed Decarabian and saw the rise of Barbatos as the new Archon Anemo, Andrius, who found himself incapable of being an archon due to his lack of love for humanity, realized that his powers they could only cause harm, so he decided to continue, allowing his powers to flow into the earth and nurture it. However, his spirit continues to live and currently inhabits the Kingdom of Wolves. In times of need, it can manifest a body of wind and ice.

Dvalin, while not the first of Barbatos's allies, is said to be the greatest than the other members of the Four Winds. He was born in Gaotian, which means that he emerged from elemental energy, he is an ancient wind dragon that is said to be as powerful as the demons of Teyvat. Dvalin wandered the earth fleeing from frightened humans, until he heard Barbatos playing music with his lyre, where he landed and observed the Archon, deciding to stay with him as he wished all souls to understand him as the archon. It was through Barbatos that he learned human speech and was loved by the people of Mondstadt.

The Four Winds used to be worshiped by the people of Mondstadt. Each of the Four Winds (except the Dragon of the East) has a Temple dedicated to them where the residents used to keep, worship, and give offerings to the Inner Winds. There used to even be dedicated priests for each temple. Over time, the people of Mondstadt have forgotten their ancient traditions related to the winds, and since then the structures have been abandoned and ruined. However, the power of the Four Winds is still active even though their people have lost faith in them.