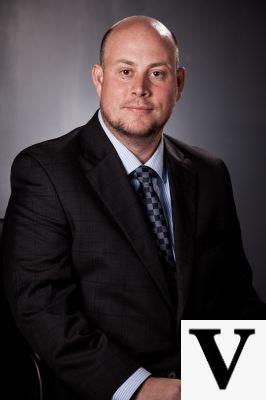 
Eberhart he was a historical figure who lived in Mondstadt during the aristocratic period. He was the half brother of Parsifal and Ingbert. Due in part to his illegitimacy and the stories he heard about the old aristocracy, he came to resent his noble lineage and longed to restore the original glory of the aristocracy, no matter the cost.

He was the owner of the Nameless Gladiator and manipulated the gladiator to continue fighting even after he had won his freedom. After the death of his gladiator at the hands of Vennessa, he would eventually be the mastermind behind the deaths of the Dragonwing expedition team, consisting mainly of young aristocrats from Mondstadt. During this event, he was seriously injured and his final fate is unknown.

What if those who came after despised me? I will do anything to achieve my goals. »

Eberhart was cruel and manipulative, using his simplistic tongue and promises of excellent rewards to entice his anonymous Gladiator to continue fighting and killing for his good. Subsequently, he uses this type of manipulation to persuade the rest of the expedition team that those lost in the snowstorm could return safely, prompting them to investigate a different location ahead of time in hopes of reducing the number. of the remaining members of the expedition.

He believed that the end justified the means and was willing to stoop to all sorts of vile methods to achieve his goals. This included inciting his half-brother Parsifal to become a criminal who eventually fled Mondstadt, as well as manipulating and ultimately killing Parsifal's mistress, the Blue-Eyed Witch.

Little is known about Eberhart's origins or lineage, but he was an illegitimate heir to an aristocratic family, probably Landrich's. According to the author of the Ancient Research Journal, this may have led him to plot a rebellion against his fellow aristocrats.

Eberhart owned an anonymous Gladiator and manipulated the gladiator into continuing to fight for his entertainment even after the man had won his freedom. This gladiator would eventually fall into Vennessa's hands.

Some time before the Dragonspin expedition, Eberhart incited his legitimate brother Parsifal to become a phantom thief and ultimately tricked him, forcing him to flee. At some point in this same time period, Eberhart studied with the Blue-Eyed Witch, becoming her disciple to better learn how to use a spear. After learning of her ability to attack fatal flaws, he used his love for Parsifal as an opportunity to betray and kill her. It is unclear what his reason was for killing her, but his reason for causing his brother to flee was apparently so that he would have a better chance of claiming legitimacy.

Sometime after the death of his gladiator, Eberhart would embark on an expedition to Dragonwing alongside Ingbert, Nick, Luther, and a few other anonymous members. However, by that time, he already conspired to betray the aristocrats and set several well-planned traps that reduced the group's numbers to himself, Ingbert, and Luther. He attempted to kill Ingbert and Luther personally, and although he managed to knock down Ingbert and mortally wound Luther, he himself was seriously injured. He made it back to his ship without a hitch and left for Mondstadt, knowing that if the news somehow reached Mondstadt, then Priscilla, a woman who was familiar with Eberhart and Luther, but who eventually chose Eberhart's side, would light a torch in the Stormbringer Point to warn him. According to Luther, this plot to kill Ingbert was likely to advance the line of succession.


According to Stevens, there is no record of Eberhart returning to Mondstadt, so his subsequent fate is unknown, although he has presumably already died. It is also unclear whether the revolt he was to be a part of was Vennessa's rebellion or something else entirely, and whether he managed to participate in it or not.

Heart of the Depths ❯