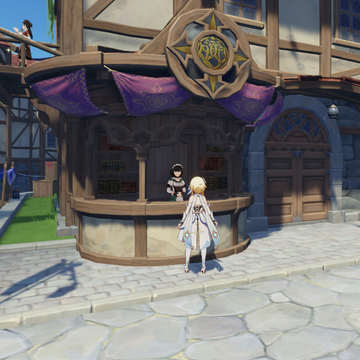 El Adventurer's Guild is an organization that offers adventurer service for individuals and other organizations in the seven nations of Teyvat.

By speaking with Katheryne, the receptionist, you can:

The guild's motto is "Ad Astra Abyssoque", which translates to "To the stars and to the abyss."

Little is known about the origins of the Adventurer's Guild. However, according to Lan's dialogue, the main headquarters are in Snezhnaya.

Within the union there are two departments that take care of important roles so that it continues to operate. Guild adventurers handle commissioned missions the guild receives.

The Intelligence Department does not normally receive commissioned missions. Instead, it provides adventurers with vital information that they can use to complete their commissioned missions. The department is divided into two groups: the researchers and the organizers. The investigators are in the field and are in charge of gathering information, while the organizers take all this information obtained by the investigators and organize it before providing it to the adventurers.