This article contains descriptions translated from the English version instead of using the official texts of the game in Spanish. You can correct them yourself or share screenshots of the errors with us via Discord. 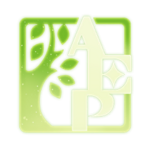 Upon reaching certain adventure ranks, players will be able to ascend their world to the next world level either automatically or by completing an ascension mission. As a player's world level increases, the difficulty and rewards of monsters, bosses, and ley line shoots increase.

Currently, players can upgrade to World Level 8 and Adventure Rank 60. These limits are likely to be raised in future updates.

Players can also increase the max level of their characters and weapons through ascension, peaking at level 90.

In various adventure ranks, players will unlock different content / systems within the game.