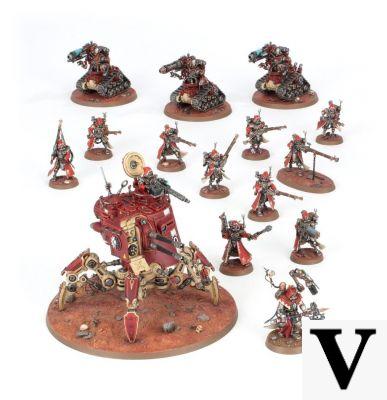 The Adeptus are a group of magical beings and gods alike, found within Liyue. They are contractually bound to protect Liyue from evil demons and gods, led by the "First Adeptus", Archon Geo, Rex Lapis (Morax).

Adeptus are beings beyond the knowledge of normal mortals and are often worshiped by the people of Liyue as deities. Although they are not immortal, their life expectancy is much greater than that of humans. Even a half-human, half-Qilin adeptus like Ganyu has lived for more than 3 years while retaining a youthful appearance.

Very little is known about the origins of the adeptus; some believe they descended from Celestia and return there once they die. According to legend, humans could ascend to Celestia and join the ranks of the adeptus, either by accomplishing great feats or by taking the "trials of heaven and earth." The "earth" test took place inside the Taishan Mansion, while the location of the "heavens" judgment is unknown. Since the adeptus were secluded, no humans have joined their ranks.

Adeptus have a great variety in terms of appearance. Some take the form of sacred animals and beasts, while others take human forms. It is unknown whether most can freely change shape; Morax, as an archon, has the power to freely create vessels of different shapes, while Xiao is an extremely powerful adeptus.

Zhongli states that adeptus "invariably take the form of beasts," suggesting that humans turned adeptus may have had the power to adopt bestial forms. However, as some (such as Xiao and Madam Ping) tend to take human forms, this contradicts Zhongli's earlier statement.

Adeptus possess adept energy that has a unique, individual-based effect. For example, by infusing her adept energies into the Traveler, Madam Ping created intermittent shockwaves when attacking, granting Ganyu's passive healing, and increasing Xiao's movement speed. It is unknown if adeptus can manipulate elemental energy without a Vision, but it is possible that they will receive one, as seen with Ganyu and Xiao.

For normal humans, prolonged interaction with adeptus will become dangerous as their souls are not that robust and adept energy will overwhelm them long enough. When a dying Qiqi was infused with the energies of various adeptus, it was powerful enough to resurrect her from the dead, but, as it was too much for a mortal to bear, it sent her on a rampage that was only stopped by trapping her in amber for hundreds of years. Even after all that time, he is still capable of manipulating that adept energy.

According to Liyuan's beliefs, the adeptus shaped the landscape; for example, rivers are the saliva of adeptus, while grass is hair. the Mountain Shaper denies those claims, saying they are "nonsense" and explains that it is the amber found on Mt. In fact, Hulao is created by a plant called a karst caterpillar. However, he is able to control the plant to some extent and has to make sure that the plant does not catch innocent beings before it leaves the area.


Adeptus are capable of creating domains for their personal use, even giving them different shapes (like Madam Ping's teapot).

Before and during the War of the Archons

The adeptus existed before the War of the Archons, it is unclear if they all followed Morax during that time, but some of them, such as the Preserver of Clouds, were already allied with him when the conflict began.

When the war broke out, Guizhong and Morax rallied some adherents to defend the Guili Plains. However, a certain battle 3 years ago ended with the death of Guizhong and the destruction of the surrounding area.

Subsequently, Morax led his adeptus and his people to the south of the Tianheng Mountain Range, where he established the Port of Liyue. There, the adeptus signed a contract with Morax to protect Liyue. Liyue City had just been established after Rex Lapis relocated his people from the Guili Plains to what is now Liyue Harbor.

During the war, Morax defeated the god who had enslaved Alatus. As a result, he became loyal to Morax and joined the Yakshas.

Since the end of the War of the Archons two thousand years ago, with their immense strength no longer needed to fight the gods who opposed Morax, most of the adeptus have secluded themselves in Jueyun Gorge, cut off from the rest of the world. and looking over Liyue from afar. This land is considered sacred and mortals must not set foot on it; those who enter are considered brave or desperate. Only mortals with a Seal of Permission in their possession have access to enter without offending the adeptus.


Although it is beginning to be forgotten over time, it is a Liyue tradition to mark the passing of each adeptus with a memorial service called the Rite of Departure. This service is run by El Camino Funeral Home, although they have only had to host this service a handful of times during the last three thousand years.

These are the Adeptus that have been seen and mentioned throughout the game:

The Yaksha Guardians were elite Adeptus summoned by Archon Geo, Rex Lapis, to fight the demons that arose from the remains of the defeated gods after the War of the Archons. There were many yakshas, ​​yet five of them were recognized as the strongest. According to Tea Master Liu Su, there are seven yakshas in total, but how reliable their story is is unknown.

The yakshas, ​​while strong, were not all capable of handling the darkness they faced. It is said that "some were given over to his anger, others to a madness that provoked fear. Many turned to the slaughter of their own, others were bewitched by the shadows of the soul."

Of all the Yakshas, ​​the five strongest and many others, only one remains present at the beginning of the game's story.